It is a short post for today’s Mindful Monday as Howl has had a very busy week! However, it was important not to let our readers forget about that time of year – Autumn Watch!

Springwatch, Autumnwatch and Winterwatch are annual BBC television series which chart the fortunes of British wildlife during the changing of the seasons in the United Kingdom. The programmes are broadcast live from locations around the country.

This year Autumnwatch is back, live from the Lancashire Coast and is packed with the best of the season’s wild stories. You can watch the action unfold as barn owls, starlings and otters prepare for the winter. There are also special reports on some of the dramatic autumn spectacles, such as the red deer rut, focusing on those huge male stags that are fighting for the right to mate. 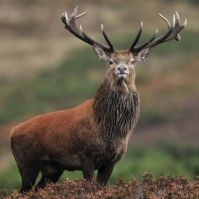 This series provides an excellent opportunity to learn about the nature that surrounds you and Howl is all about developing our knowledge! As each series focuses on a season, it makes for easy following and is more relatable to you. We are also learning more and more about the behaviour of British Wildlife, as well as areas of conservation concern so it provides a fantastic way of keeping up to date with the state of nature across Britain. It is also important to mention that it is beautiful to watch, especially when you are all tucked up inside the warm!

2 thoughts on “Mindful Monday #7. Get Ready for Autumn Watch!”