A decision has been made to carry out a badger cull in Dorset, despite culls in Somerset and Gloucestershire so far showing to be both ineffective and inhumane, and as a result, a failure. This disastrous decision flies in the face of scientific evidence, public opinion and the wishes of parliament.

This announcement from DEFRA also detailed that pilot culls in Somerset and Gloucestershire will continue. So why, after failing to measure the impact on bovine TB have these pilot culls been extended and to a new county? The two pilot culls in 2013 and 2014 in Somerset and Gloucestershire have been found to be repeatedly flawed in its methodology, measures and its objectives. It has been deemed a resounding policy failure and should be halted immediately.

What is Bovine TB and how does it effect farmers?

Bovine tuberculosis (bTB) is an infectious disease of cattle and one of the biggest challenges facing the farming industry today in the south west of England. bTB is caused by the bacterium Mycobacterium bovis (M.bovis), which can also infect and cause TB in badgers, deer, goats, pigs and many other mammals.

it is spread primarily through the exchange of respiratory secretions between infected and uninfected animals. This usually happens when animals are in close contact with each other. Cattle to cattle is a serious cause of disease spread which is substantiated by scientific evidence. Unfortunately badgers also suffer and are able to transmit the disease to cattle and catch it from cattle. This disease poses serious implications fro farmers. Infected stock must be slaughtered and in 2014 alone, around 26,400 cattle were slaughtered for bTB control in England. This calls for an effective solution.

There is no doubt in the severity of this awful disease and those who are lobbying against the cull, although it may not be apparent at first, are on the farmers side in the battle against bovine TB. Farmers work incredibly hard year round, which is an immense pressure on them and their families and this disease is and will continue to have a detrimental impact on both businesses and livelihoods. But one thing that we cannot agree with is this head-in-the-sand approach to tackling bovine TB.

Interestingly, ongoing reductions in cattle TB have already been achieved in Dorset, so to myself and many others, it seems bizarre that Dorset has now been deemed a cull zone. We need to be questioning how this has been justified. Particularly when official DEFRA statistics show a decrease (by 37%) in the number of cattle slaughtered in Dorset over the last three years. New herd incidents in Dorset have fallen by 20% (74 in Jan-May 2014, compared to 59 in Jan-May 2015) while incidents in Somerset have risen by 10% over the same period.

Additionally, statistics also illustrate that new incidences of bTB in cattle are down by 43% in Dorset, without the culling of badgers. Comparatively, the level of new breakdowns also decreased in Gloucestershire, but only by 12% and actually increased in Somerset by 18%.

With this extreme method of tackling the disease comes a big price. Stephen Trotter, The Wildlife Trust’s Director, England, said: “The cost of culls has been eye-watering; the Government must explain why it sees this as a cost-effective use of tax payers’ money, especially when there are less expensive and more effective measures available to them, like vaccination.”

In the first year, the cull cost an outstanding £5,200 per dead badger. Research from The Wildlife Trusts’ own vaccination programmes in 2014 cost, on average, £293 per badger. This is an alarming difference and one that we need to be aware of.

There is also a real risk of increasing disease transmission known as the perturbation effect. Scientific evidence indicates that the cull may make matters worse by increasing the movement of remaining badgers into and around the area, particularly if the cull fails to kill a sufficient percentage of the badger population. This could cause a stirring of the badger population by bringing infected and uninfected badgers (and cattle) into contact, increasing the disease. 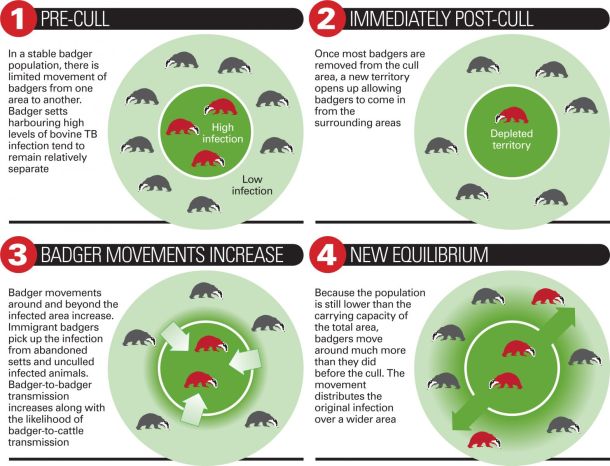 The Independent Expert Panel set up to assess the effectiveness of the culls was quickly scrapped when it found that controlled shooting was inhumane and ineffective. Since then, the British Veterinary Association (BVA) has withdrawn its support for the method of controlled shooting, and a coalition of 27 vets wrote an open letter to Natural England requesting that they re-examine the scientific evidence before authorising culling activity this year.

An independent scientific assessment of last year’s pilot badger culls in parts of Gloucestershire and Somerset has concluded that they were not effective and up to 18% of culled badgers took longer than five minutes to die, failing the test for humaneness.

With scientific evidence illustrating that culling is an ineffective and costly approach, it demonstrates how truly misguided this policy is and we need to urge the government to rethink its strategy. A comprehensive package of measures in cattle alongside badger vaccination would prove the most cost-effective way of defeating this disease. 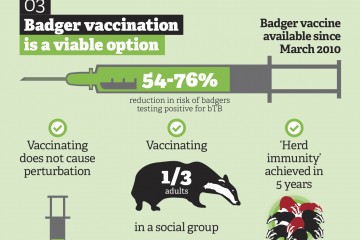 Some of the worst outbreaks are where bio-security is lacking (accounts for up to 60% of the problem) so we need to strengthen bio-security and manage farms so that badgers are kept away from feeding cattle. For example, the Welsh Government has adopted an evidence-based strategy, without the culling of badgers – and with considerable success. Stricter cattle-based movements, such as movement controls and enhanced testing regimes has seen a reduction in TB breakdowns in cattle. This is supported by Chief veterinary officer for Wales, Prof Christianne Glossopincidents, whom has found that bovine TB in Wales has fallen by 28%; the number of cattle culled by 45%; and 94% of Welsh herds are TB free. This has all been achieved without culling badgers. Instead, more than 5,000 badgers have now been vaccinated in Wales in four years – and all for the price of two weeks of badger culling in England. This is something which our Government should be learning from and looking to adopt the same approach. 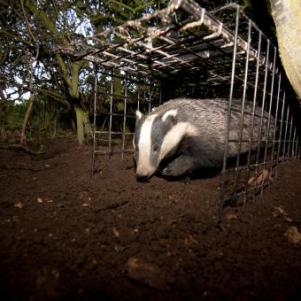 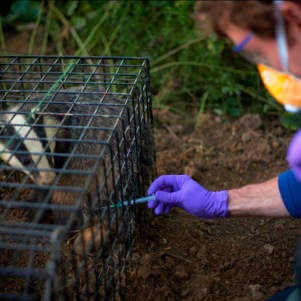 DEFRA have stated that culling must continue for a full four years to achieve ‘disease control benefits’. But with no control areas and no way of sporting any potential impacts of culling from impacts of other cattle measures in place, there is no way of assessing the ‘benefits’ of the cull. Couple this with the issue regarding the flawed targets set defining the numbers of badgers to be culled, due to failing to reliably estimate the size of badger populations in cull zones undermines the credibility of the results, further strengthening the case against culling.

Much of the blame has also been thrown towards the National Famers Union (NFU) and rightly so. They are very much in support of the Government’s 25-year strategy in areas where bovine TB is rife. Whilst an extension to Dorset pleases this organisation, they have also been left a bit miffed that more areas will not benefit from it this year (they were lobbying for 6-8 more cull zones) – much slower progress than anticipated.

HOWL’s view is that it is better to concentrate on cattle to cattle transmission and improving bio-security to avoid badgers and cattle coming into contact and I hope this article has helped to raise awareness of this issue. There are many ways in which you can show your support and thanks to The Wildlife Trusts’, they are very quick and simple! Check them out below:

Email your MEP about the EU Cattle vaccine ban – Ask your MEP to press for the EU ban on a cattle vaccine to be lifted. Find the details of your MEP. A cattle vaccine is the long term solution to the bTB problem, but EU rules currently prevent it from being tested and used in this country – find out why.